Out now on iTunes & Bandcamp!

Volume Four is now out on iTunes and Bandcamp, and to support its release we’re coming to YOUR city to play for YOU. Dig the dates above and please help spread the word! Ad Astera per Aspera 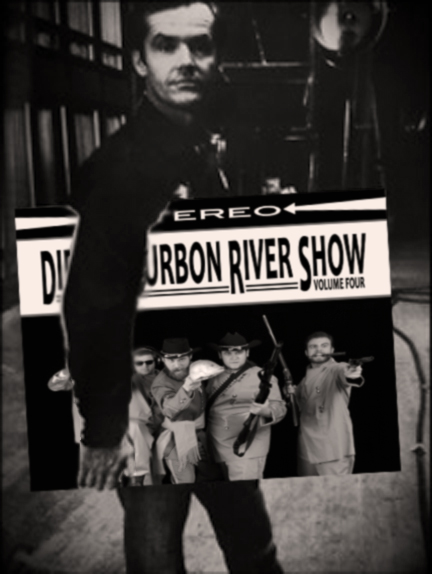 Check out our new music video for Jewish Girls Who Went To Art School Know All The Angles, from our new album Volume Four, coming out this Saturday on Bandcamp, iTunes, and in person at the Blue Nile in New Orleans! 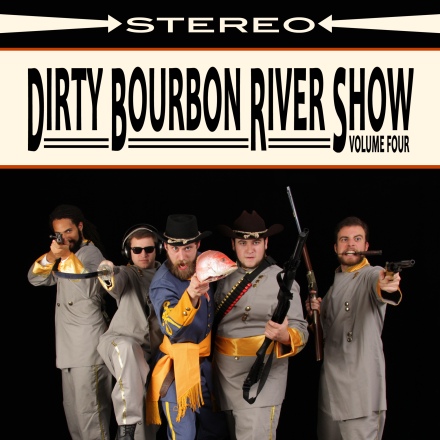 Volume Four is now tracked, mixed & mastered, the album art is done, and it is by far our greatest work yet!!! It will be the last volume in the four part series, and in tradition, there will be 10 songs on this album:

To hear a preview of the new album simply go to our bandcamp page at dbrs.bandcamp.com

There you’ll find a full, streamable version of the 1st single “Jewish Girls Who Went To Art School Know All The Angles” along with lyrics for all the songs and more!

When’s it gonna come out? We don’t know yet… but soon… we promise!

Can’t wait till then? No worries, ’cause our 6th record – The Most Peculiar Thing – will be out this December!

Just added a bunch of new tour dates to the sidebar too – got over 30 new upcoming fall shows posted now, spread the word…

… the most important of them all being the Tipitina’s show on Saturday, August 18th, with the Tin Men opening!

Man, we cannot wait for this one…

In the cosmos of music and art, the Danger Painter’s newest album, IV, is pretty insignificant. It’s no mega record like Zeppelin IV, it will probably never be toured, and not more than a few thousand people will listen to it, if that.

Then, you put fame and recognition aside, and if you are one of those few lucky wild at heart and weird on top-type people who have stumbled upon this unlikely record, you are left with a great feeling when you finish.

It makes you go Fuck Yeah.

The Danger Painters is comprised of longtime friends Bob Boilen and Michael Barron, formally of the DC band Tiny Desk Unit. IV, their 4th album, was written and recorded in a single month for the RPM Challenge, a yearly music industry tradition created in 2006 to help foster greater levels of productivity among musicians. The result is a true gem.

In this record you hear influences from all across the board. It is a record that echoes all sorts of great things – primary vocalist/songwriter Barron weaves through the tracks like a starker Stuart Staples – walking on Ostinato Black Keys-styled riffs and crunchy Oreos of aural accoutrements courtesy of his friend Mr. Boilen. The 7th track – Made on Earth (written by their bassist William X Harvey) – brings to mind Bowie and Radiohead. The 9th track, Power Off, rides on an Edward Sharpe-like sensibility, throwing in a little hootenanny and Zeppelin III-style rústico in the mix. In this record you hear the influence of many artists. Yet no part of this record is imitative.

It is instead universal.

IV is stitched together with great ambition, considering the time crunch it was produced in. It is presented very well. Occasionally the musicianship wobbles, but not awkwardly; instead it feels almost necessary at times, reminding you that the album you are listening to did not come from some mega band like Zeppelin or the Talking Heads or the Decemberists – but that it was made by two everyday guit’n’gear slingers like you or I, just doing what we like, without regard for fame or glory.

IV is do-it-yourself self-driven music appreciation at its finest.

It is also slightly autistic in this celebration, like a good 80’s Daniel Johnston tape. It touches you in darkly places, like a good Tindersticks or Scott Walker song. It is also strangely spirited and cheerful. And it is sometimes downright weird (my favorite track, When the Saints, is just fucking out there, in the best way possible – you blip and blop around, groove-hopping on bubbles and sonic zaps – dig it). IV is, from a mass taste perspective – a big no no. Yet, at the same time, it is entirely human. Any of us could have made this record. We just didn’t take the time to.

Give it a listen, and then go out and make your own record. Next year I invite all you fellow songwriters to enter the RPM challenge – if anything, it’ll keep your chops up and yield fodder for a future project. And, if you’re lucky, it may even produce a gem like the Danger Painter’s IV.

More on the RPM challenge HERE.