Without further ado I present to you, the most beautiful Theriogenologist in Houston, Stephanie! 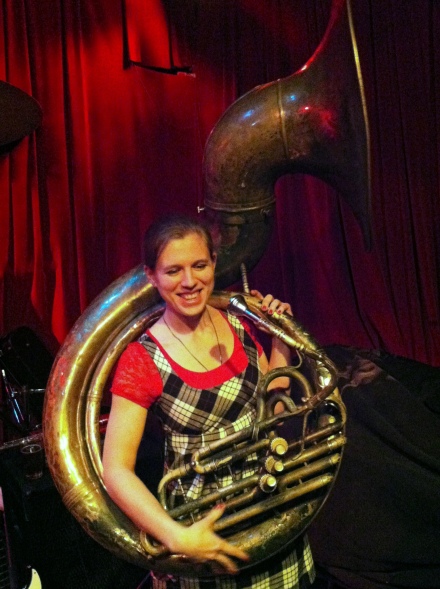 It is my utmost pleasure to introduce to you, the most beautiful burlesque dancer from Baltimore by way of New Orleans, the great Nona Narcissse! 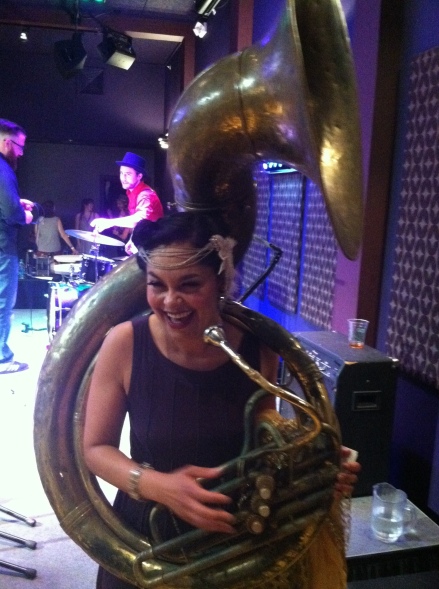 P.S. Gig tonight at the Sugarlands Distillery Co. in Gatlinburg, TN. The Down Hill Strugglers will start things off at 7, Dirty Bourbon kicks off at 7:45.

It is my utmost pleasure to present to you, the most beautiful, compact tubist from Goldhill, Colorado, Adderly! 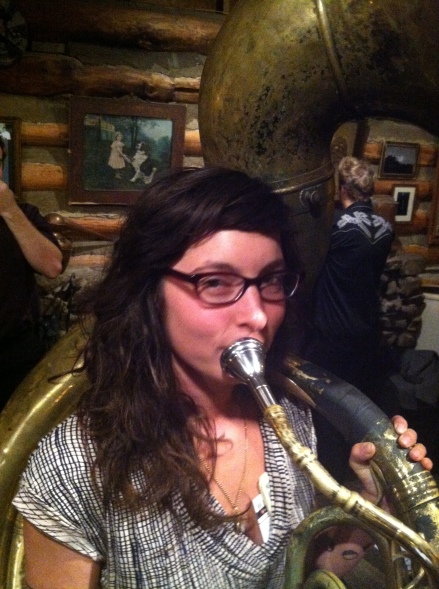 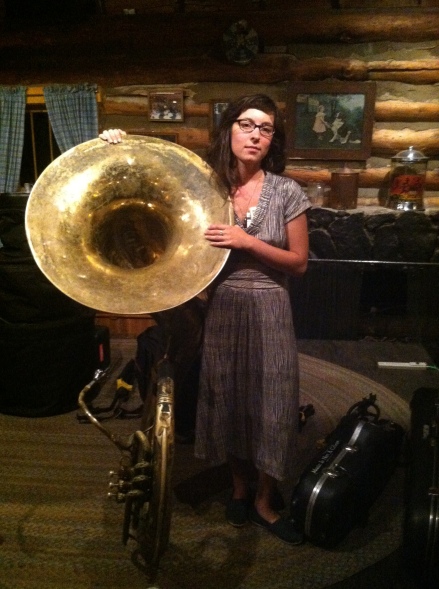 It is my utmost pleasure to introduce to you, the most beautiful herpetologist in Salt Lake City, Haley!

P.S. Gig tonight at the Player’s Pub in Bloomington, Indiana. We’ll be joined by Memphis’ own Forest Gras. Forest kicks off at 8, Dirty Bourbon takes over at 9.

It is my utmost pleasure to introduce to you, the most beautiful clinical psychologist in Arlington, MA, Alena! 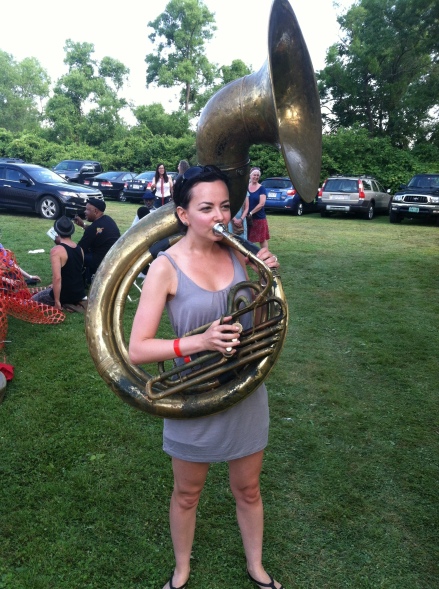 P.S. Gig tonight at the Green Room in Flagstaff, AZ! We’ll be joined by Flagstaff’s own Teddy’s Bullet. Teddy’s kicks the night off at 9, Dirty Bourbon hits at 10:45.

It is my utmost pleasure to present to you, the most beautiful rock climber in Gold Hill, Colorado, Amy! 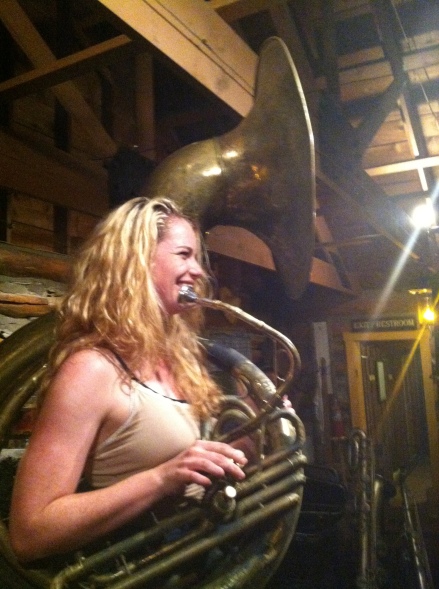 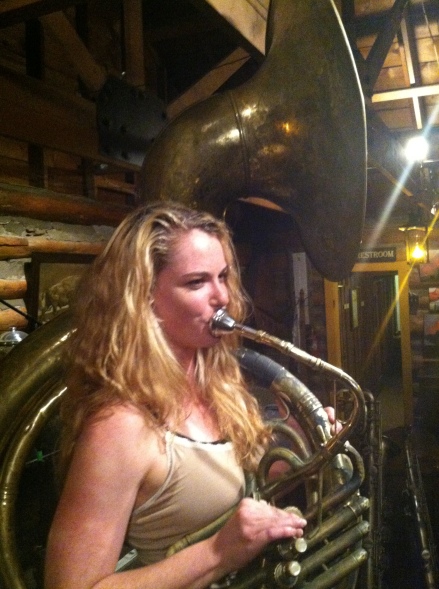 Hartmut Geilert is an utter badass. Simply dissatisfied with “regular” size contrabass tubas, Hartmut decided to craft a sub-contrabass tuba that would satisfy his needs.

Towering at an imposing 8 feet tall, weighing in at over 110 lbs, and consisting of 164 feet of tubing, the Riesentuba is truely a sight to behold.

Here is a video of Hartmut’s creation being played by the great Jörg Wachsmuth.

P.P.S. There are only a few days left on our album kickstarter. Please help out and spread the word.

Around the world, there are those who transcend the boundaries of mere mortals and achieve that which was previously thought impossible. The great Matti Laiho is among their ranks. A composer, arranger, as well as an incredible tubist, Matti Laiho shows everyone what is possible with enough focus and hard work. Not only does he play Carnival of Venice, one of the more technical trumpet showpieces, he plays it on a sousaphone! His virtuosity and musicality is the stuff of legends and should be known by all. And now without further ado, Carnival of Venice performed by Matti Laiho

Throughout my time in orchestras and wind ensembles, I have noticed that there aren’t enough female low brass players. I am trying to change that, one city at a time…
Without further ado, the most beautiful globe trotting dental hygienist from Grand Rapids, Melinda!

Tuba players are an interesting bunch. We play the biggest, heaviest, most badass instrument known to man. Few outside the tuba world realize this fundamental fact. There is nothing more heavy metal than a tuba, unless of course, that tuba is also on fire. Here are some badasses that decided to educate the masses on the pure majesty of tuba. 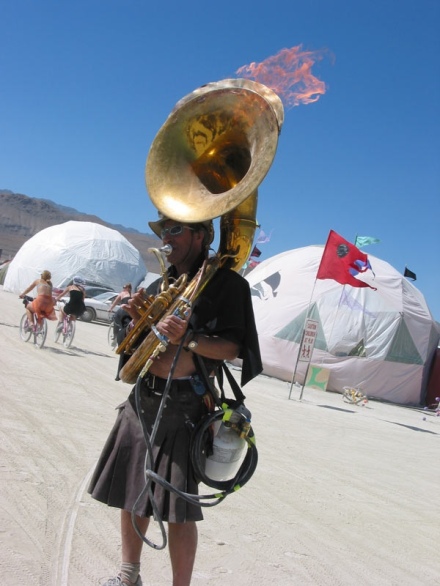 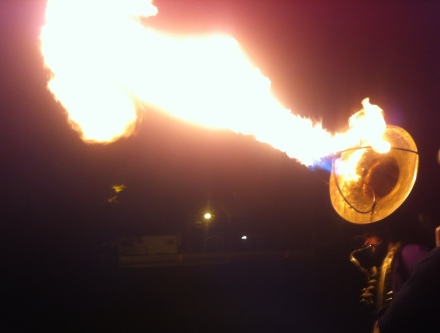 And of course, me and my firetuba.